Ben grew up in Canberra and played hockey with United Hockey Club from the age of four.

Ben progressed through the ACT junior representative teams before playing as a mid-fielder for the Canberra Lakers in the National Hockey League/Australian Hockey League between 1994 and 2006, and again in 2008.

Ben gained selection to the Australian U/21 side in 1996 and 1997. In 1997 he was an integral member Australia’s first winning Junior World Cup team in Milton Keynes, England.

Impressing selectors during the Canberra Lakers second placing in the 1998 Australian Hockey League, Ben further advanced his playing career that year. His contribution to the Laker’s result and was rewarded with a position in the senior Australian squad. He made his international debut at the 1998 Champions Trophy Tournament in Lahore, Pakistan.

Ben capped his best 12 months in international hockey with a silver medal at the 2001 Champions Trophy Tournament (Rotterdam), and a gold medal at the 2002 Commonwealth Games in Manchester, England.

Ben was inducted into the ACT Sport Hall of Fame in 2011.

Ben has played 83 Australian caps & scored 15 international goals. He is currently coaching and playing in Uniteds CL2 team. He is an active coach at Junior level and has been an integral member of United Hockey Club, serving on the committee in past years. His wife Kadi, and 2 children also play with the club. 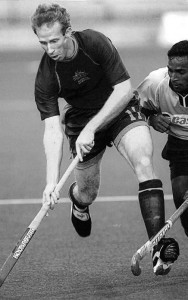 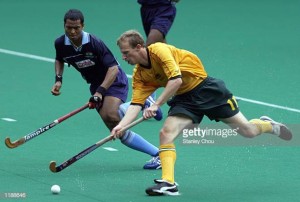