The United Hockey Club has been prominent in the Canberra hockey community since 1964 after its founding as the Presbyterian Hockey Club in 1954. Our long history was recognized with the ACT Chief Minister’s Canberra Gold Award on 4 March 2020, acknowledging more than 50 years of service to the Canberra community. It is a history of sporting achievement that has also been recognized by the nation with individual awards to a number of our Club members.

At its foundation, the Club uniform was a butcher boy blue cesarine shirt, with a white collar, facing on the breast pocket, sleeves and front of the shirt. The cross of St Andrew in white was on the back of the shirt and pocket. The shirts were awkward to make as many mothers of junior players discovered. White shorts with royal blue socks and white tops finished off the outfit. See the representation of the white cross on the blue background below, alongside the current Club shirt. 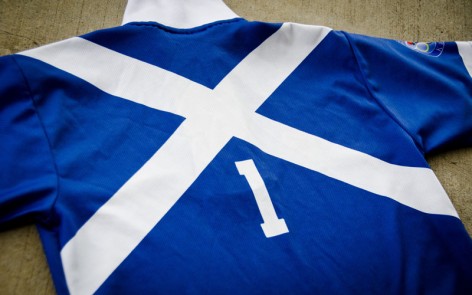 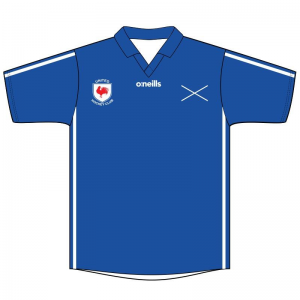 The foundation of the Presbyterian Hockey Club provided a social activity for the Fellowship group of the Presbyterian Church. Its inaugural meeting was held at the St Andrew’s Presbyterian Church Hall, Forrest. Doug Hill, a member of a long standing hockey playing family since the early days after the First World War in Canberra, was elected Foundation President and Ian Mitchell was Foundation Secretary. Both were subsequently awarded Life Membership of the Club, as was Doug’s eldest son, Colin, who also served as Club President, into the early 1980’s. Doug went on in later years to become a leading international level umpire and administrator and played a leading role as President of the ACT Hockey Association when it separated from the NSW Hockey Association in 1972 to be elevated to equal status with the States in the Australian Hockey Association. He had been awarded Life Membership of the ACT Hockey Association in 1970. Doug was awarded an AM (Member in the Order of Australia) in 1986, partly for services to Australian hockey. Ian Mitchell went on to become a minister in the Presbyterian Church.

In 2020 the Club proudly celebrated the 50th anniversary of its first men’s A-grade Premiership in 1970, and was awarded the prestigious Canberra Gold Award.  The Club’s men’s and women’s sections have since won 13 First Grade Premierships over the years and individual players have won a total of 10 Brophy Medals (Men’s Best and Fairest) and 9 McKay Medals (Women’s Best and Fairest). The year 2020 marks 66 years of continuous participation in the Canberra sporting community, initially as a men’s hockey club, with a junior (boys) section since 1957. The Presbyterian Women’s Club participated in the local competition from 1955 to 1963 and then continually from 1983 to the present day as the United Hockey Club’s women’s section. Today the Club is fully integrated with men and women sharing positions on a single executive committee. 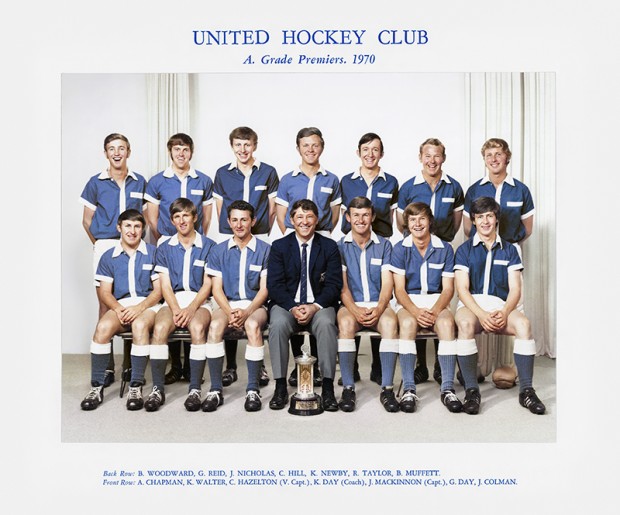 The Club’s active participation for nearly seven decades at the “State” (ACT) level and nationally, has seen several members (Doug Hill and Bob Taylor) filling senior executive positions with the ACT and Australian Hockey Associations for a number of years while Club stalwart and Life Member, John MacKinnon, was involved as a selector and talent spotter for the Australian Hockey Association for many years. Bob and John have received Merit Awards for their services from Hockey Australia. John is also a Life Member of Hockey Australia. Others (Graham Reid, Andrew Deane, Peta Gallagher and Sarah Taylor) represented Australia as Olympians, while many have represented Australia at World Cups and other international competitions at different times. Doug Hill, as well as John and Chris MacKinnon, Bob Taylor, Graeme Carter and Grant Waddell received the Australian Sports Medal in 2000 for services to the hockey community while Graham Carter received an OAM (Medal in the order of Australia) in 2011, which included recognition of his leading contribution in the development of the National Hockey Centre at Lyneham.

The Club has maintained a strong commitment to junior development programs since the 1950’s. Its 1970 A-grade premiership team was made up predominantly of players who progressed from the Club’s junior ranks. We have fielded junior girls teams continuously since 1986 and have promoted integrated beginners development programs for boys and girls in more recent years.

The success of a hockey club is not just measured on the field of play, where the United Hockey Club has enjoyed numerous A-grade Premiership and individual honours in both men’s and women’s competitions and for services to hockey more generally since the 1970s. Enduring success relies on a club’s ongoing contribution to the community it serves, including the nurturing of youth (both boys and girls) leading to life long friendships for men and women of diverse backgrounds. This is the story of the United Hockey Club.